Few rock & roll bands were riddled with as many contradictions as the Who. All four members had wildly different personalities, as their notorious live performances demonstrated: Keith Moon fell over his drum kit while Pete Townshend leaped into the air with his guitar, spinning his right hand in exaggerated windmills.

Vocalist Roger Daltrey prowled the stage as bassist John Entwistle stood silent, the eye of the hurricane. They clashed frequently, but these frictions resulted in a decade’s worth of remarkable music.

Though it took a while to find their audience, by the late ’60s the Who rivaled the Rolling Stones as a live act and in album sales.

Key figures of the British Invasion and the mid-’60s mod movement, the Who were an undeniably powerful sonic force.

Unlike most rock bands, the Who based their rhythm on Townshend’s guitar, letting Moon and Entwistle improvise wildly over his foundation, while Daltrey belted out his vocals. The Who thrived on this sound in concert, but on record they were a different proposition: Townshend pushed the group toward new sonic territory, incorporating pop art and conceptual extended musical pieces into the group’s style.

He was regarded as one of the era’s finest British songwriters, as songs like “The Kids Are Alright” and “My Generation” became teenage anthems, while his rock opera Tommy earned respect from mainstream music critics.

However, the rest of the Who, especially Entwistle and Daltrey, weren’t always eager to follow his musical explorations. They wanted to play hard rock instead of Townshend’s textured song suites and vulnerable pop songs.

The Who settled into their role as arena rockers in the mid-’70s, continuing on this path after Moon’s death in 1978 and following it through various disbandments and reunions in the ’80s and ’90s.

Nevertheless, at their peak, the Who were one of rock’s most innovative and powerful bands.

We stock some awesome The Who Band Concert Posters. 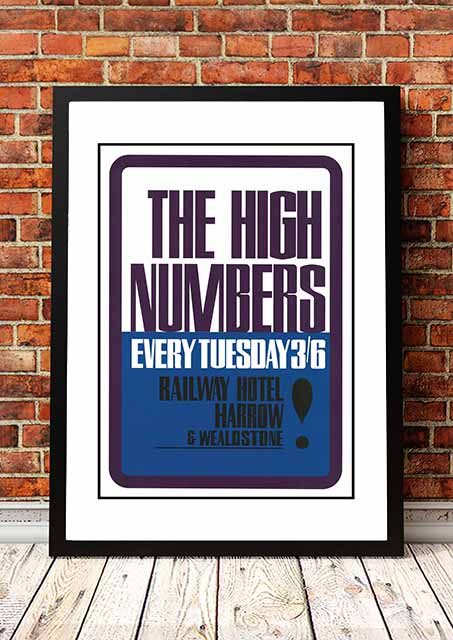