John Cale is a musician, composer, singer-songwriter and record producer who was a founding member of the American experimental rock band the Velvet Underground.

Though best known for his work in rock music, Cale has worked in various genres including drone and classical, and studied music at Goldsmiths College, University of London.

Since leaving the Velvet Underground in 1968 he has released approximately 30 albums. Of his solo work, Cale is perhaps best known for his album Paris 1919, and his cover version of Leonard Cohen’s “Hallelujah”, plus his mid-1970s Island Records trilogy of albums: Fear, Slow Dazzle and Helen of Troy.

Cale was inducted into the Rock and Roll Hall of Fame as a member of the Velvet Underground in 1996, and appointed Officer of the Order of the British Empire in 2010.

We stock an awesome John Cale Concert Poster from his Australian Tour in 2007. 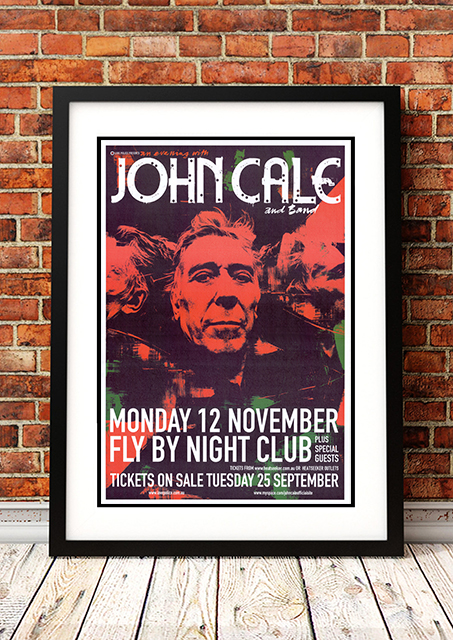