Prior to Nirvana, alternative music was consigned to specialty sections of record stores, and major labels considered it to be, at the very most, a tax write-off.

After the band’s second album, 1991’s Nevermind, nothing was ever quite the same, for better and for worse.

Nirvana popularized punk, post-punk, and indie rock, unintentionally bringing them into the American mainstream like no other band to date. While their sound was equal parts Black Sabbath (as learned by fellow Washington underground rockers the Melvins) and Cheap Trick, Nirvana’s aesthetics were strictly indie rock.

They covered Vaselines songs, they revived new wave cuts by Devo, and leader Kurt Cobain relentlessly pushed his favorite bands — whether it was the art punk of the Raincoats or the country-fried hardcore of the Meat Puppets — as if his favorite records were always more important than his own music.

We stock some awesome Nirvana Prints. 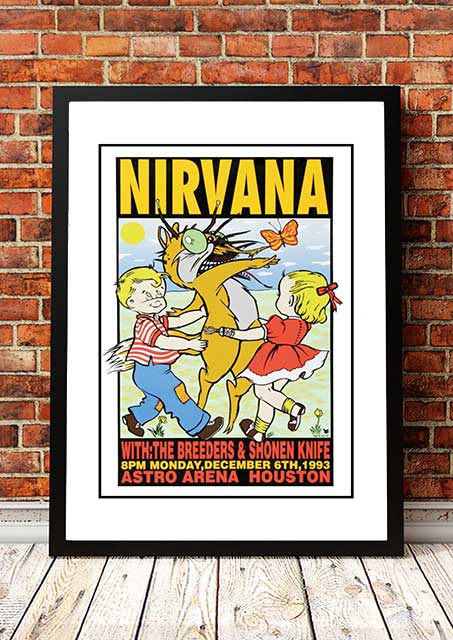