Ed Sheeran may be the quintessential pop star of the 2010s: a singer/songwriter who seems to acknowledge no boundaries between styles or eras, creating a sound that’s idiosyncratic and personal.

Sheeran borrows from any style that crosses his path…. elements of folk, hip-hop, pop, dance, soul, and rock can be heard in his big hits “The A Team,” “Sing,” “Thinking Out Loud,” and “Shape of You”…. which gives him a broad appeal among different demographics, helping to elevate him to international stardom not long after the release of his 2011 debut.

Sheeran has spent the majority of 2016 recuperating and recording his third album with executive producer Benny Blanco.

Early in 2017, he released two singles, “Castle on the Hill” and “Shape of You,” with the latter reaching number one on the charts throughout the world.

Their parent album, appeared in March, topped the pop charts in over 20 territories, including the U.K. and U.S., and it generated another international hit in “Galway Girl.”

Ed Sheeran’s massive popularity was confirmed in June 2017, when he was awarded an MBE on the occasion of the Queen’s Birthday Honours. 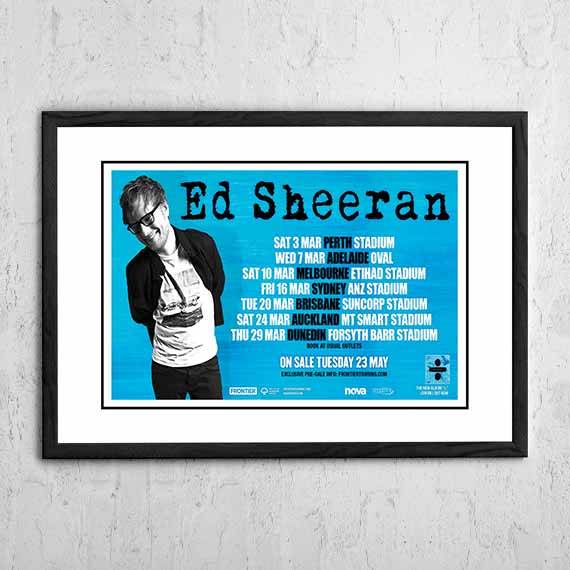 Ed Sheeran ‘Australia and New Zealand Tour’ 2018
Back To Top
×