Over the years, the Pretenders became a vehicle for guitarist/vocalist Chrissie Hynde’s songwriting, yet it was a full-fledged band when it was formed in the late ’70s.

With their initial records, the group crossed the bridge between punk/new wave and Top 40 pop more than any other band, recording a series of hard, spiky singles that were also melodic and immediately accessible.

Hynde was an invigorating, sexy singer who bent the traditional male roles of rock & roll to her own liking, while guitarist James Honeyman-Scott created a sonic palette filled with suspended chords, effects pedals, and syncopated rhythms that proved remarkably influential over the next two decades.

After Honeyman-Scott’s death, the Pretenders became a more straightforward rock band, yet Hynde’s semi-autobiographical songwriting and bracing determination meant that the group never became just another rock band, even when their music became smoother and more pop-oriented. 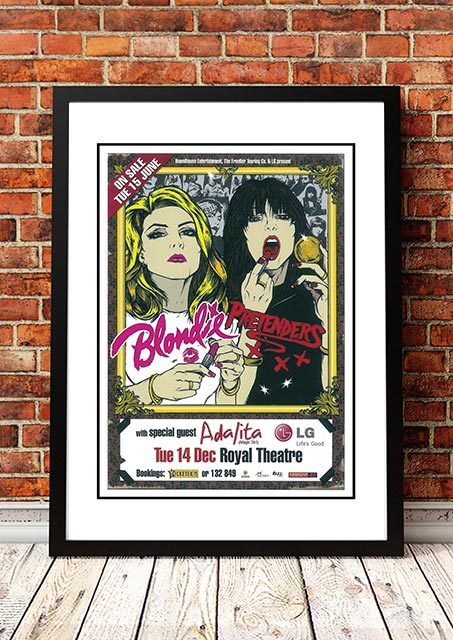 Blondie / The Pretenders ‘Royal Theatre’ Canberra, Australia 2010
Back To Top
×