Slade may have never truly caught on with global audiences (often narrow-mindedly deemed “too British-sounding”), but the group became a sensation in their homeland with their anthemic brand of glam rock in the early ’70s, as they scored a staggering 11 Top Five hits in a four-year span from 1971 to 1974 (five of which topped the charts).

Comprised of singer/guitarist Noddy Holder, guitarist Dave Hill, bassist Jimmy Lea and drummer Don Powell, the group originally formed in the spring of 1966 under the name the In-Be-Tweens, playing out regularly with a mixture of soul and rock tracks.

But besides a lone obscure single, “You Better Run” (penned by future Runaways svengali Kim Fowley), the band never issued any other recordings. By the end of ’60s, the group had changed their name to Ambrose Slade.

Soon after, the quartet hooked up with Animals bass player-turned-manager Chas Chandler (who had discovered Jimi Hendrix a few years prior), who promptly suggested the group shorten the name to just Slade and assume a “skinhead” look (Dr. Martin boots, shaved heads) as a gimmick. 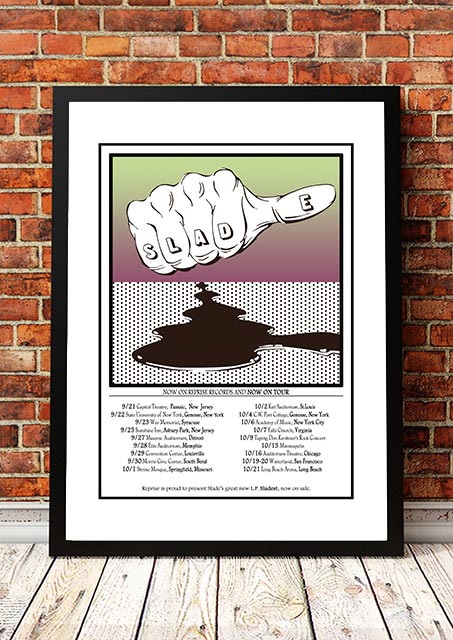