Garbage’s debut album, Garbage, sold over 4 million copies, and was certified double platinum in the UK, US, and Australia.

Follow-up Version 2.0, released in 1998 after a year of production, had an equal commercial success, topping the UK Albums Chart and getting nominations for two Grammy Awards.

Despite critical acclaim, Garbage’s 2001 third album Beautiful Garbage failed to match the commercial success achieved by its predecessors. Garbage quietly disbanded amidst the troubled production of fourth album Bleed Like Me, but regrouped to complete the album, which was released in 2005 and peaked at a career-high No. 4 in the US.

We stock a rare Garbage Concert Poster from their Australlian Tour in 2005. 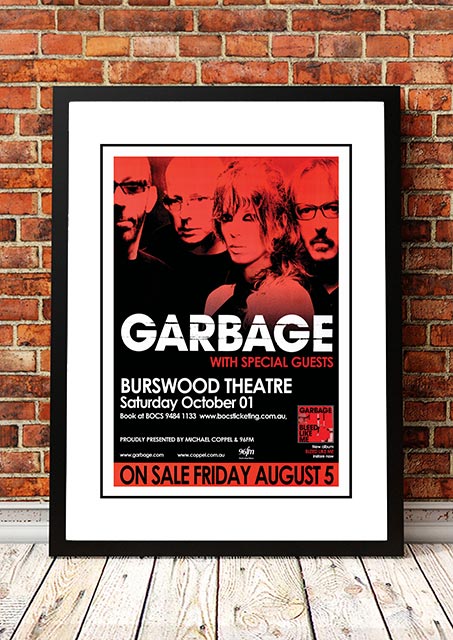