Iconic rock frontman Marilyn Manson became a mainstream antihero in the ’90s … much to the chagrin of conservative politicians and concerned parents… before settling into a goth elder statesman role in the 2000s with a matured blues-rock reinvention.

Born Brian Warner, Manson was raised in Canton, Ohio. At the age of 18, he relocated to Tampa Bay, Florida, where he worked as a music journalist.

In 1989, he became friends with guitarist and fellow outsider Scott Mitchell. The two soon decided to form a band, with Mitchell rechristening himself Daisy Berkowitz and Warner adopting the name Marilyn Manson.

The self-proclaimed Antichrist Superstar, his vision of dark, arty, industrial metal pushed many of his singles including “The Dope Show,” “The Beautiful People,” and a cover of Eurythmics’ “Sweet Dreams (Are Made of This)” into the upper reaches of the modern rock charts during the late ’90s and early 2000s. 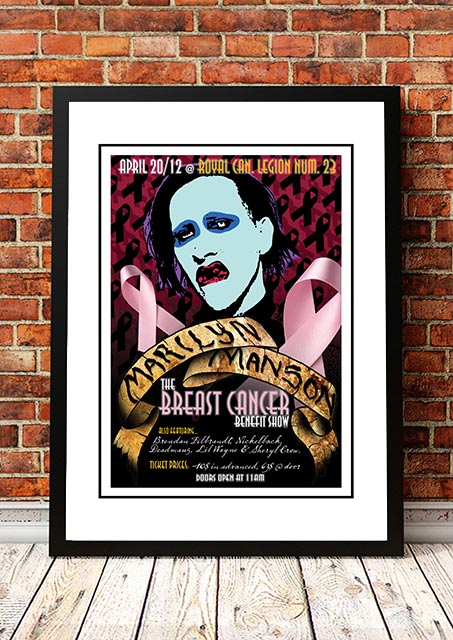