A fiery American punk and melodic hardcore outfit, Rise Against emerged from the fertile Chicago hardcore scene in the early 2000s, employing a vitriolic, but melodic mix of old-school punk gang vocals and pick slides, and blazing post-grunge hooks.

The band’s David vs. Goliath ethos and progressive, human, and animal rights-forward politics made them darlings of the underground scene, where they amassed a devoted fan base via their first two albums for legendary San Francisco-based independent label Fat Wreck Chords.

Some of those fans were wary of the group’s decision to sign with a major (Geffen) in 2003, but the resulting Siren Song of the Counter Culture was certified gold and managed to retain the band’s feisty D.I.Y. aesthetic.

They hit their commercial peak with their fifth full-length effort, Appeal to Reason, which landed at number three on the Billboard 200, but later offerings like Endgame and The Black Market made a strong showing as well, with both releases going gold, and the former eventually turning platinum.

We stock some awesome Rise Against Band Concert Posters. 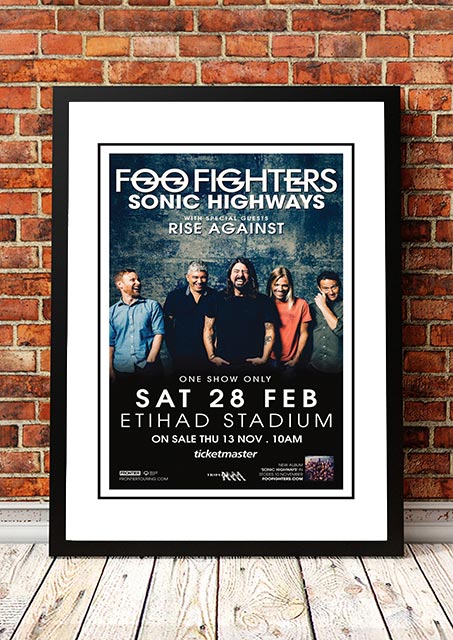