Following a succession of name and stylistic changes, the Cult emerged in 1984 as one of England’s leading heavy metal revivalists.

Picking up the pseudo-mysticism and Native American obsessions of the Doors, the guitar orchestrations of Led Zeppelin, and the three-chord crunch of AC/DC, while adding touches of post-punk goth rock, the Cult gained a dedicated following in their native Britain with mid-’80s singles like “She Sells Sanctuary” before breaking into the American metal market in the late ’80s with “Love Removal Machine.”

Though they managed one Top Ten in America with 1989’s Sonic Temple, the Cult were plagued with off-stage tensions and problems that prevented them from retaining their popularity.

The band split in 1995 following a pair of unsuccessful records, but returned on an occasional basis for new records — always anchored by vocalist Ian Astbury and guitarist Billy Duffy. 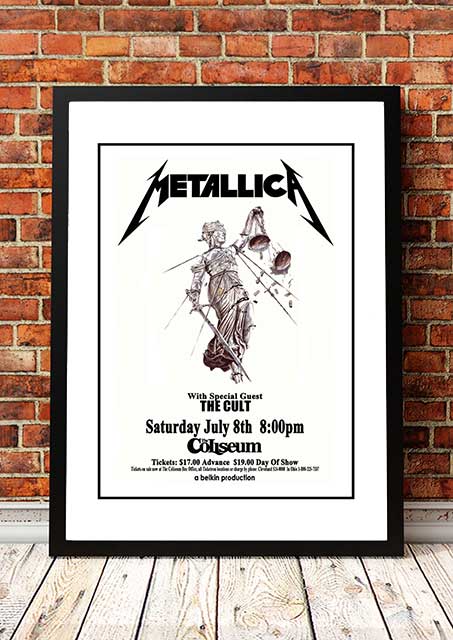 Metallica / The Cult ‘Richfield Coliseum’ Cleveland, USA 1989
Back To Top
×