The Stranglers formed as the Guildford Stranglers in the southern England village of Chiddingfold (near Guildford) in 1974, plowing a heavily Doors-influenced furrow through the local pub rock scene — such as it was.

Of the four founding members, only Hugh Cornwell had any kind of recognisable historical pedigree, having played alongside Richard Thompson in the schoolboy band Emil & the Detectives.

According to Thompson, their repertoire stretched from “Smokestack Lightning” and the blues, through to “old Kiki Dee B-sides,” while their gigging was largely confined to the Hornsey School of Art, where Thompson‘s sister was Social Secretary.

The Guildford Stranglers were confined to a similar circuit. It was 1975 before they ventured into even the London suburbs, although once there — and having shortened their name to the less parochial Stranglers — things began moving quickly.

The established pub rock scene was dying and promoters were willing to give any unknown band a break, simply to try and establish a new hierarchy.

Thus it was that as the first stirrings of punk began to make their own presence felt on the same circuit, the Stranglers were on board the bandwagon from the beginning.

Their early songs, too, radiated the same ugly alienation that was the proto-punk movement’s strongest calling card. Material like “Peasant in the Big Shitty,” “I Feel Like a Wog,” “Down in the Sewer,” and “Ugly” itself were harsh, uncompromising, and grotesque, a muddy blurge of sound cut through with Dave Greenfield‘s hypnotically Doors-like keyboards that was possessed of as much attitude as it was detectable musical competence.

One uses the word guardedly, but “highlights” of this period were included on the 1994 archive release Live, Rare & Unreleased 1974-1976. 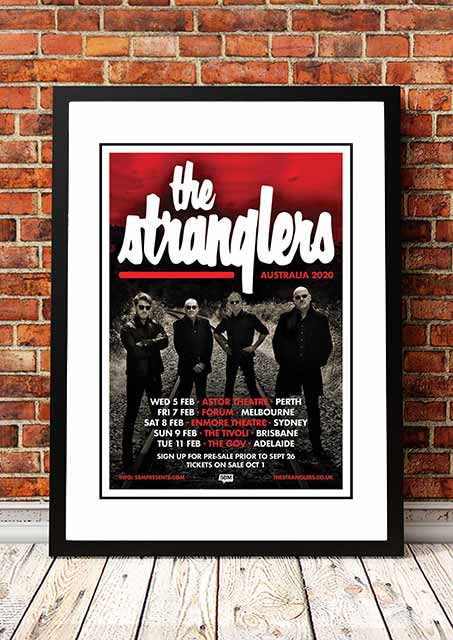 The Stranglers ‘Australian Tour’ 2020
Back To Top
×