In 1966,  he formed a band alternately known as Meat Loaf Soul and Popcorn Blizzard, which, until its breakup in 1969, had opened shows for the Who, Iggy Pop and the Stooges, Johnny and Edgar Winter, and Ted Nugent.

Meat Loaf had played Eddie in the hugely successful cult film The Rocky Horror Picture Show and sung lead vocals on one side of Ted Nugent’s platinum LP Free for All.

Then came Bat Out Of Hell!

At first, Bat Out Of Hell, with its highly theatrical, bombastically orchestrated teen drama, sold well only in New York and Cleveland.

Then Meat Loaf hit the road with a seven-piece band that included singer Karla DeVito in the role Ellen Foley had played on the LP’s “Paradise by the Dashboard Light” (which also included a cameo by New York Yankees former shortstop and announcer Phil Rizzuto). 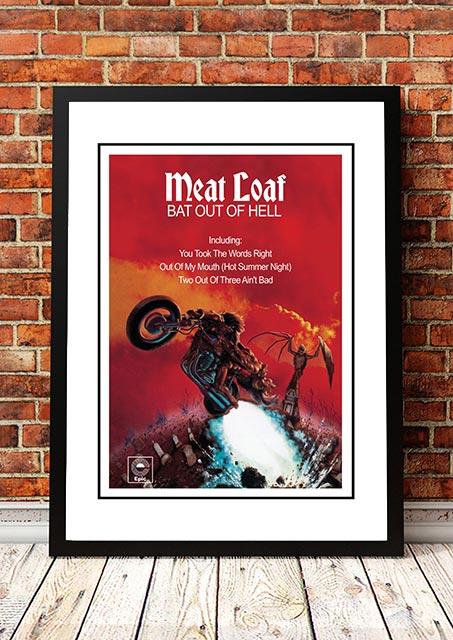