Singer/songwriter Beth Orton combined the passionate beauty of the acoustic folk tradition with the electronic beats of trip-hop to create a fresh, distinct fusion of roots and rhythm.

Born in Norwich, England in December 1970, Orton debuted as one half of the duo Spill, a one-off project with William Orbit which released a cover of John Martyn’s “Don’t Wanna Know About Evil.”

She continued working with Orbit on his 1993 LP Strange Cargo 3, co-writing and singing the track “Water from a Vine Leaf” before appearing with the group Red Snapper on their first singles “Snapper” and “In Deep.”

In 1995 Orton teamed with the Chemical Brothers for “Alive: Alone,” the ultimate track on their Exit Planet Dust LP. After assembling a backing band comprised of double bassist Ali Friend, guitarist Ted Barnes, keyboardist Lee Spencer, and drummer Wildcat Will, she finally issued her 1996 debut EP She Cries Your Name. 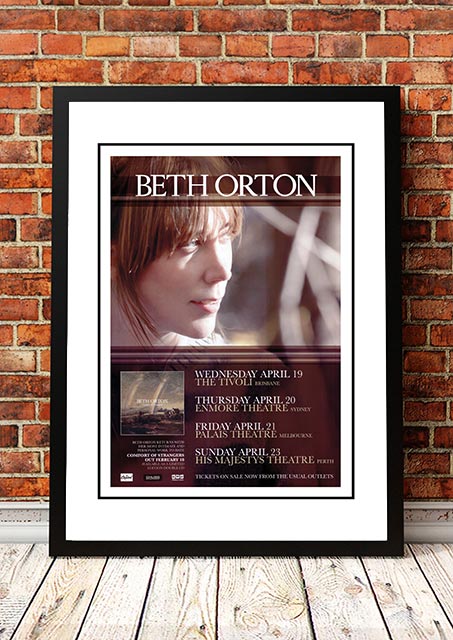