The Birthday Party (originally known as The Boys Next Door) were an Australian post-punk band, active from 1978 to 1983.

Despite limited commercial success, The Birthday Party’s influence has been far-reaching, and they have been called “one of the darkest and most challenging post-punk groups to emerge in the early ’80s.

The group’s “bleak and noisy soundscapes,” which drew irreverently on blues, free jazz, and rockabilly, provided the setting for vocalist Nick Cave’s disturbing tales of violence and perversion.

Their music has been described as gothic, and their single “Release the Bats” was particularly influential on the emerging gothic scene.

In fact, it looks like they could have come straight off the press from the original print run. 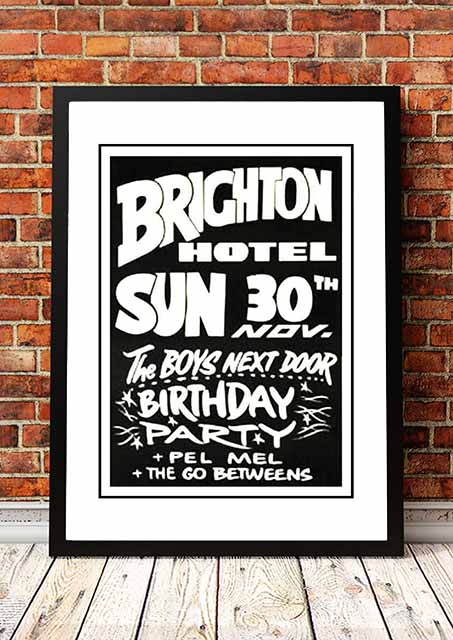