Buddy Holly is perhaps the most anomalous legend of ’50s rock & roll — he had his share of hits, and he achieved major rock & roll stardom, but his importance transcends any sales figures or even the particulars of any one song (or group of songs) that he wrote or recorded. Holly was unique, his legendary status and his impact on popular music all the more extraordinary for having been achieved in barely 18 months.

Among his rivals, Bill Haley was there first and established rock & roll music. Elvis Presley objectified the sexuality implicit in the music, selling hundreds of millions of records in the process, and defined one aspect of the youth and charisma needed for stardom.

And Chuck Berry defined the music’s roots in blues along with some of the finer points of its sexuality and its youthful orientation (and, in the process, intermixed all of these elements).

Holly’s influence was just as far-reaching as these others, if far more subtle and more distinctly musical in nature.

In a career lasting from the spring of 1957 until the winter of 1958-1959 — less time than Elvis had at the top before the army took him (and less time, in fact, than Elvis spent in the army) Holly became the single most influential creative force in early rock & roll.

On February 3, 1959, Holly along with Ritchie Valens and J.P. “Big Bopper” Richardson were killed in a plane crash. 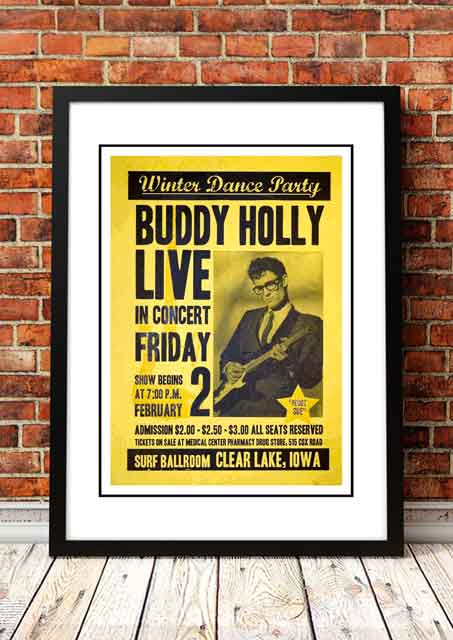