Few rock groups of the ’80s broke down as many musical barriers and were as original as the Red Hot Chili Peppers.

Creating an intoxicating new musical style by combining funk and punk rock together (with an explosive stage show to boot), the Chili Peppers spawned a slew of imitators in their wake, but still managed to be the leaders of the pack by the dawn of the 21st century.

The roots of the band lay in a friendship forged by three school chums, Anthony Kiedis, Michael Balzary, and Hillel Slovak, while they attended Fairfax High School in California back in the late ’70s/early ’80s.

While Balzary and Slovak showed great musical promise (on trumpet and guitar, respectively), Kiedis focused on poetry and acting during his high-school career. During this time, Slovak taught Balzary how to play bass, while the duo encouraged Kiedis to start putting his poetry to music, which he soon did.

Influenced heavily by the burgeoning L.A. punk scene (the Germs, Black Flag, Fear, Minutemen, X, etc.) as well as funk (Parliament-Funkadelic, Sly & the Family Stone, etc.), the trio began to rehearse with another friend, drummer Jack Irons, leading to the formation of Tony Flow & the Miraculously Majestic Masters of Mayhem, a quartet that played strip bars along the Sunset Strip during the early ’80s.

It was during this time that the four honed their sound and live act (as they stumbled across a stage gimmick that would soon become their trademark — performing on-stage completely naked, except for a tube sock covering a certain part of their anatomy).

By 1983, Balzary had begun to go by the name “Flea,” and the group changed its name to the Red Hot Chili Peppers. 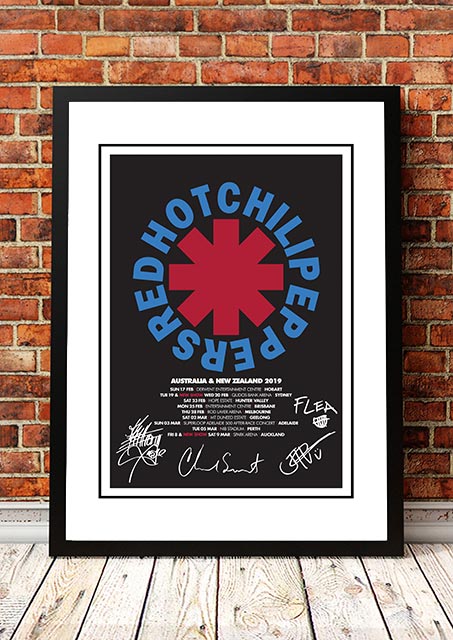