One of the most prominent bands to emerge from the Southern California punk scene, blink-182 gained mainstream success in the early 2000s.

Arriving in the wake of the pop-punk explosion set off by Green Day, blink-182 gained a large fan base with their hooky, high-energy songs.

At a time when competition with teen pop and nu-metal was not unheard of, they broke through with their third album, 1999’s Enema of the State, releasing a steady stream of hits, bolstered by humorous, tongue-in-cheek music videos that were popular in the waning days of MTV’s musical programming.

Originally known as simply Blink, the band debuted in 1993 with the self-released EP Fly Swatter. After releasing the album Buddha in 1994, the trio signed to Grilled Cheese/Cargo and released Cheshire Cat the following year.

The threat of a lawsuit from a similarly named Irish band forced them to change their name to blink-182, but that did not slow them down: the group earned a higher profile by touring the world with Pennywise and NOFX on the 1996-1997 Warped Tour, in addition to appearing on innumerable skate/surf/snowboarding videos. 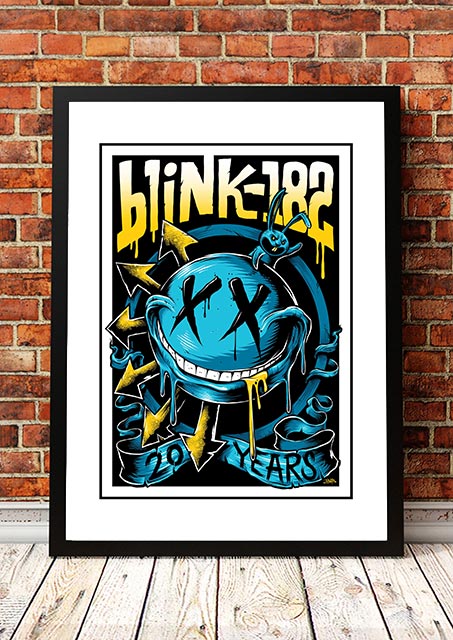