The enduring, hard-touring, and self-caricaturing rock group worked its way up to platinum sales with a blend of Beatles-style pop, hard rock chops, and a cartoonish stage act, which played Rick Nielsen’s exaggerated mugging and guitar gymnastics against Robin Zander’s teen-idol looks and rich, powerful voice.

By the time Dream Police was released in 1979, the band was headlining arenas and stadiums. 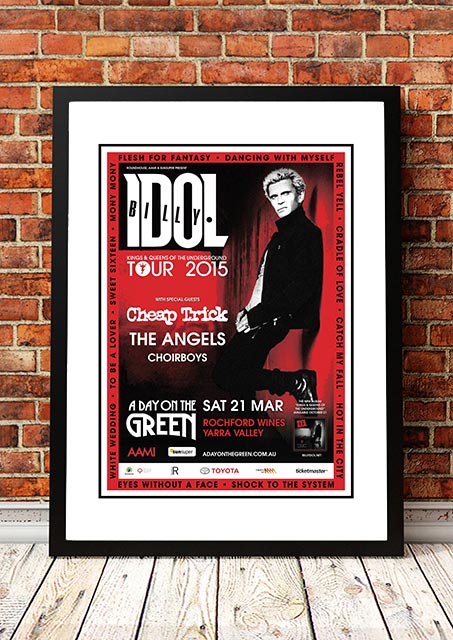 Billy Idol / Cheap Trick / The Angels ‘A Day on the Green’ Yarra Valley, Australia 2015
Back To Top
×