After leaving their hometown of Harrisburg, PA, and resettling in L.A., the boys began holding auditions for a fourth member. Guitarist C.C. Deville got the gig, famously beating out future Guns N’ Roses bandmate Slash in the process.

With their lineup intact, Poison embraced a glammy, androgynous image and began playing shows in L.A., becoming masters of self-promotion and D.I.Y. advertising in the process.

The hard work won them a contract with Enigma Records in 1986, and they released their first album, Look What the Cat Dragged In, that summer.

The record spawned a pair of Top 40 hits, “Talk Dirty to Me” and “I Won’t Forget You,” and sold over two-million copies within a year of its release. 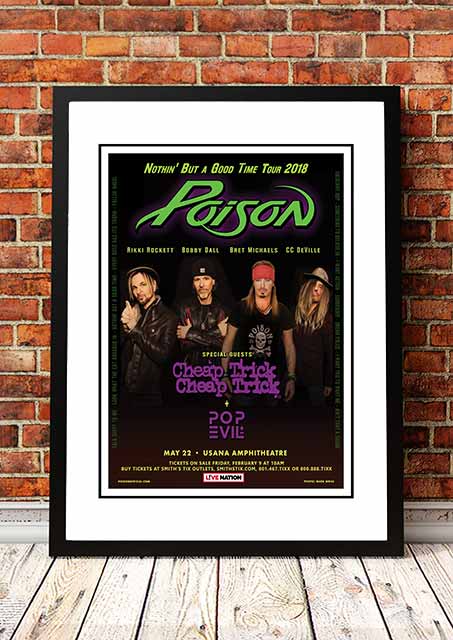