Christina Aguilera has been recognized as a pop icon and earned the title “Princess of Pop” in her early years.

In 2009, she ranked at number 58 on Rolling Stone‘s list of 100 Greatest Singers of All Time, thereby becoming the youngest and the only artist under 30 to be named. Billboard recognized her as the 20th most successful artist of the 2000s, and Time listed Aguilera among the top 100 Most Influential People in the World of 2013.

Aside from her work in the entertainment industry, Aguilera is involved in charitable activities through human rights, world issues, and her work as a UN ambassador for the World Food Programme.

We stock an awesome Christina Aguilera Concert Poster from her Australian Tour in 2007. 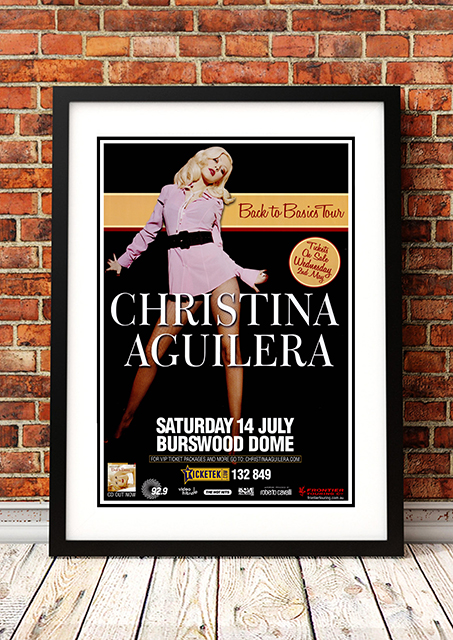