Terfry was initially interested in pursuing a career in professional baseball, and at age 16, was scouted by the New York Yankees; however, his dream was ended following a shoulder injury.

He was first exposed to rap music in the mid-1980s while listening to CBC Stereo’s late-night show Brave New Waves, and then by listening to Halifax campus community radio station CKDU.

We stock an awesome Buck 65 Print. 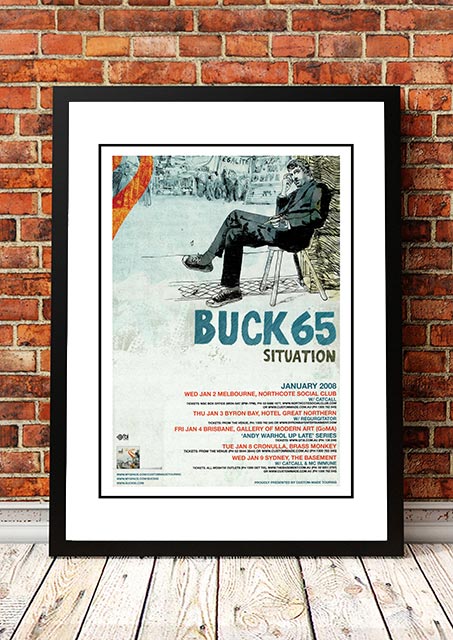