The most iconic band of the U.K. glam rock scene of the ’70s, T. Rex were the creation of Marc Bolan, who started out as a cheerfully addled acolyte of psychedelia and folk-rock until he turned to swaggering rock & roll with boogie rhythm and a tricked-up fashion sense.

For a couple years, T. Rex were the biggest band in England and a potent cult item in the United States.

If their stardom didn’t last, their influence did, and T. Rex’s dirty but playful attitude and Bolan’s sense of style and rock star moves would show their influence in metal, punk, new wave, and alternative rock; it’s all but impossible to imagine the ’80s new romantic scene existing without Bolan’s influence. 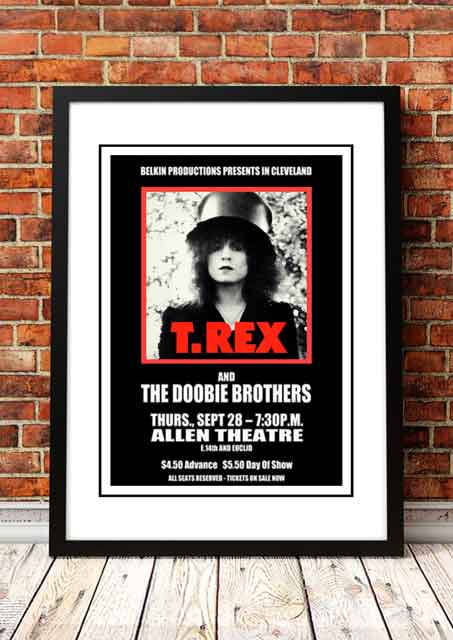