Unlike many other punk bands from the 1970s, the Clash took raw anger as a starting point, not an end.

They were rebels with a cause — many causes, in fact, from anti-Thatcherism to racial unity to the Sandinistas.

Their music was hard-charging and roots-based but also future-visionary; their experiments with funk, reggae, and rap never took them far from a three-minute pop song.

The Clash played its first, unannounced gig as a quinet, opening for the Sex Pistols in summer 1976.

They were managed by Malcolm McLaren associate Bernard Rhodes, who helped the band articulate their political mission.

Where the Sex Pistols were nihilists, the Clash were protesters, singing about police brutality and disenfranchisement and performing benefit concerts for Rock Against Racism.

They mixed rock with reggae, the music of Britain’s oppressed Jamaicans; one of their early singles was a cover of Junior Murvin’s “Police and Thieves.”

We stock some awesome Clash Prints. 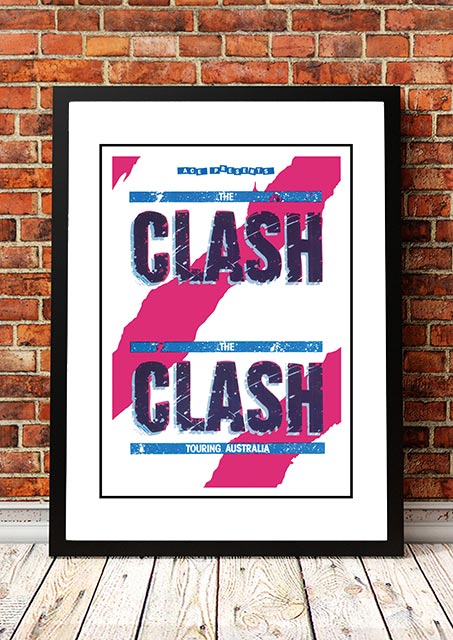