Malcolm and Angus Young developed the idea for the band’s name after their sister, Margaret Young, saw the initials “AC/DC” on a sewing machine. “AC/DC” is an abbreviation meaning “alternating current/direct current” electricity.

The brothers felt that this name symbolised the band’s raw energy, power-driven performances of their music. “AC/DC” is pronounced one letter at a time, though the band are colloquially known as “Acca Dacca” in Australia.

The AC/DC band name is stylised with a lightning bolt separating the “AC” and “DC” and has been used on all studio albums, with the exception of the international version of Dirty Deeds Done Dirt Cheap.

We stock some awesome AC/DC band concert posters. Available in different sizes and printed on high quality 210gsm paper, you’ll find no unsightly pin holes, stains or creases. In fact they look like they could have come straight off the press from the original print run. 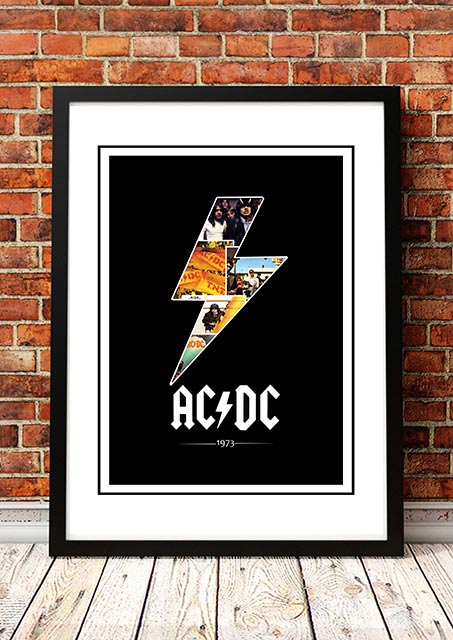