After a long and semi-successful tenure as leader of scuzz-rock heroes Pussy Galore, Jon Spencer shook up his anti-rock vision and hooked up with guitarist Judah Bauer and drummer Russell Simins to create the scuzz-blues trio the Jon Spencer Blues Explosion.

Postmodern to the core, there was a genuine irony in the band’s name; little of what they play resembles standard blues.

There is, however, a blues feel to their sound, meaning that in many instances they appropriate aspects of the blues and incorporate them into their anarchic, noisy sound.

Spencer clearly wasn’t playing the blues, but a real if fractured appreciation of blues and R&B was audible in the band’s music amid the chaotic wail of guitars and drums.

Not part of alt-rock’s commercial establishment (at least not at the start), Spencer also managed to sharply divide critics who tended to see him as either an inspired showman or a mendacious con man.

He did, however, gain popularity and critical respect during the ’90s, largely on the strength of the Blues Explosion’s ferocious live show. 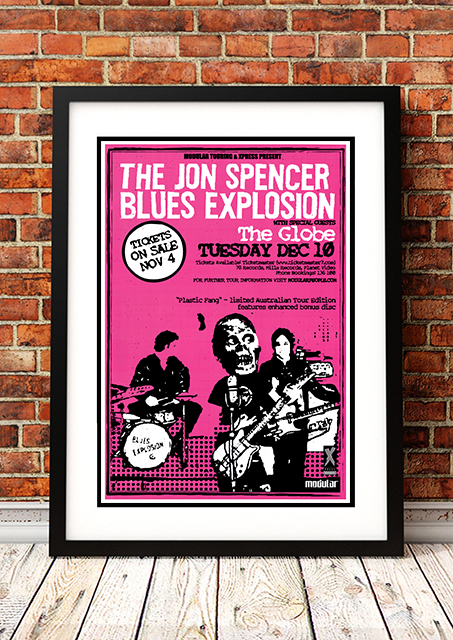