“Hey hey, we are the Monkees.

In 1968, the Monkees addressed their own reputation in the song “Ditty Diego (War Chant),” which summed up the bad rap they’d received in the music press since they first emerged in the summer of 1966.

The Monkees were talented singers, musicians, and songwriters who made a handful of the finest pop singles of their day (as well as a few first-rate albums) and delivered exciting, entertaining live shows.

But at a time when rock music was becoming more self-conscious and “serious,” the hipper echelons of the music press often lambasted the Monkees, largely because they didn’t come together organically but through the casting process for a television series, and they initially didn’t write the bulk of their own material or play all the instruments on their records.

The fact they later took creative control of their music was often overlooked, and the quality of their music, which featured the work of some of the finest session players and songwriters of the 1960s, often seemed to be beside the point.

Time has ultimately vindicated the Monkees, and their music still sounds fresh and engaging decades after it was recorded, but in some circles they never fully shook being branded as “the Pre-Fab Four,” no matter how far they moved from the circumstances that brought them together. 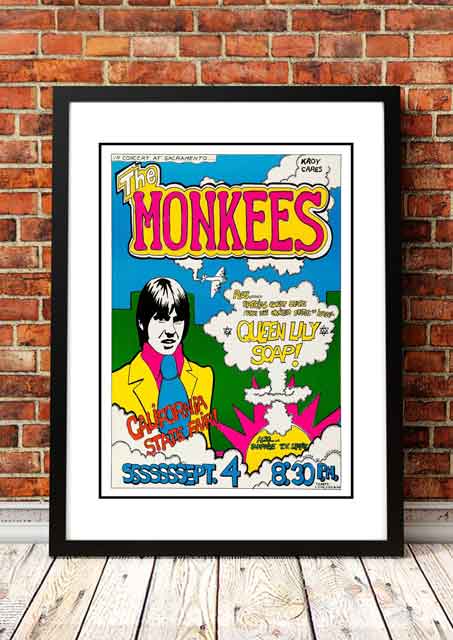 The Monkees ‘California State Fair’ Sacramento, USA 1969
Back To Top
×