Fear Factory were one of the first bands to fuse the loud, crushing intensity of death metal with the cold harshness of industrial electronics and samples, producing a more varied sonic palette with which to express their bleak, pessimistic view of modern, technology-driven society.

The group was formed in Los Angeles in 1990. They were future-thinkers and were reinventing both death metal and industrial rock with an arsenal of sonic styles.

After releasing four critically acclaimed albums and two industrial remix EPs, selling over a million albums in the process.

“A lot of people didn’t get it and really ridiculed us,” Guitarist Dino Cazares says.

“Because of the different vocals some people were like, ‘whoah, this is cool, this is different.’

And other people were like, ‘he’s singing melodically? That shouldn’t be on a fuckin’ death metal record.’

It took a while for more people to catch on to that style of singing, and now it’s everywhere.” 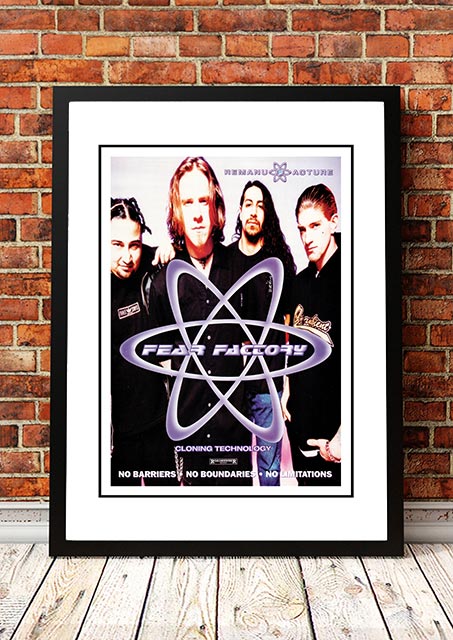