When Born in the U.S.A. was first released, it was met with positive reviews and massive commercial success.

It produced seven top-10 hit singles and was promoted with a worldwide concert tour by Springsteen.

Born in the U.S.A. became his most commercially successful album and one of the highest-selling records ever, having sold 30 million copies by 2012.

It has also been cited by critics as one of the greatest albums of all time.

We stock a couple of awesome Bruce Springsteen Concert Posters. 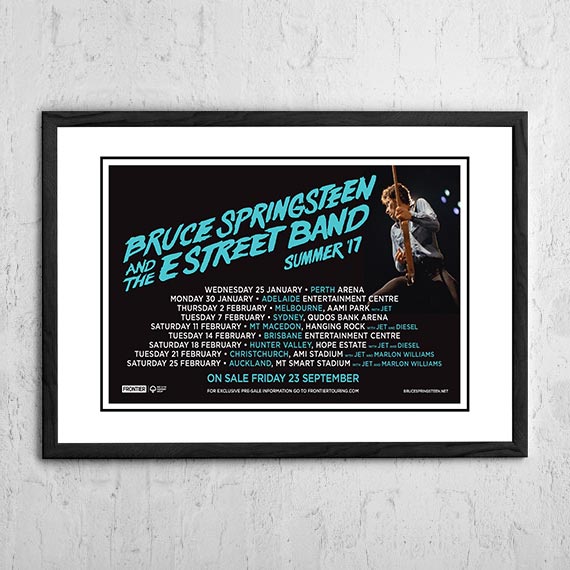