After starting out as an unsuccessful pop singer (working under the name Vance Arnold), Joe Cocker found his niche singing rock and soul in the pubs of England with his superb backing group, the Grease Band.

He hit number one in the U.K. in November 1968 with his version of the Beatles’ “A Little Help from My Friends.” His career really took off after he sang that song at Woodstock in August 1969.

A second British hit came with a version of Leon Russell’s “Delta Lady” in the fall of 1969 (by then, Russell was Cocker’s musical director) and both of his albums, With a Little Help from My Friends(April 1969) and Joe Cocker! (November 1969), went gold in America.

In 1970, his cover of the Box Tops hit “The Letter” became his first U.S. Top Ten. Cocker’s first peak of success came when Russell organized the Mad Dogs & Englishmen tour of 1970, featuring Cocker and over 40 others and resulting in a third gold album and a concert film.

Subsequent efforts were less popular, and problems with alcohol (both on- and off-stage) reduced Cocker’s once-powerful voice to a croaking rasp. 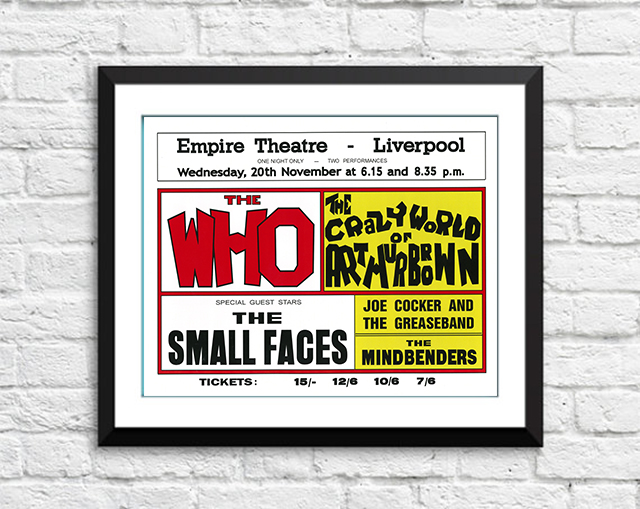