Remembered chiefly as proto-punkers who reached the top of the charts with the “caveman rock” of “Wild Thing” (1966), the Troggs were also adept at crafting power pop and ballads. Hearkening back to a somewhat simpler, more basic British Invasion approach as psychedelia began to explode in the late ’60s, the group also reached the Top Five with their flower-power ballad “Love Is All Around” in 1968.

While more popular in their native England than the U.S., the band also fashioned memorable, insistently riffing hit singles like “With a Girl Like You,” “Night of the Long Grass,” and the notoriously salacious “I Can’t Control Myself” between 1966 and 1968.

Paced by Reg Presley’s lusting vocals, the group — which composed most of their own material — could crunch with the best of them, but were also capable of quite a bit more range and melodic invention than they’ve been given credit for.

Hailing from the relatively unknown British town of Andover, the Troggs hooked up with manager/producer Larry Page (who was involved in the Kinks‘ early affairs) in the mid-’60s.

After a flop debut single, they were fortunate enough to come across a demo of Chip Taylor‘s “Wild Thing” (which had already been unsuccessfully recorded by the Wild Ones). In the hands of the Troggs, “Wild Thing” — with its grungy chords and off-the-wall ocarina solo — became a primeval three-chord monster, famous not only in its original hit Troggs version, but in its psychedelic revamping by Jimi Hendrix, who used it to close his famous set at the 1967 Monterey Pop Festival.

“Wild Thing” made number one in the States, but the Troggs‘ momentum there was impeded by a strange legal dispute which saw their early records simultaneously released on two different labels.

Nor did it help that the band didn’t tour the U.S. for a couple of years. As a consequence, the fine follow-up singles “With a Girl Like You” and “I Can’t Control Myself” didn’t do as well as they might have.

In Britain, it was a different story — they were smashes, although “I Can’t Control Myself” had such an open-hearted lust that it encountered resistance from conservative radio programmers all over the globe.

The Troggs tempered their image on subsequent ballads, which utilized a sort of pre-“power ballad” approach. These weren’t bad, and a few of them were British hits, but they weren’t as fine as the initial blast of singles which established the band’s image.

“Love Is All Around,” which restored them to the American Top Ten in 1968, was their finest effort in this vein. It was also their final big hit on either side of the Atlantic. 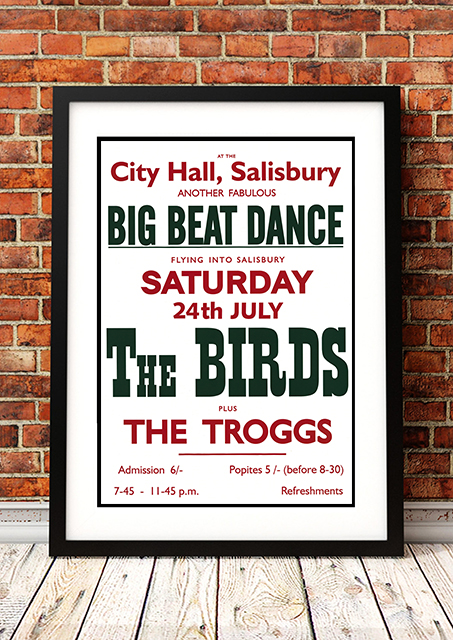