The Jackson 5, or Jackson Five, also known as The Jacksons in later years, is an American popular music group.

Formed in 1963 under the name the Jackson Brothers, the founding members were Jackie, Tito, Jermaine, and Marlon. Michael would join one year later. After participating in talent shows and the chitlin’ circuit, they entered the professional music scene in 1967.

Originally signed to the Motown label before switching to CBS Records in 1975, the Jackson 5 were one of the most popular groups of the era, eventually selling over 100 million records worldwide and becoming the only performers to have their first four singles reach the top of the American charts.

We stock an awesome Jacksons Concert Poster from their Australian Tour in 2013. 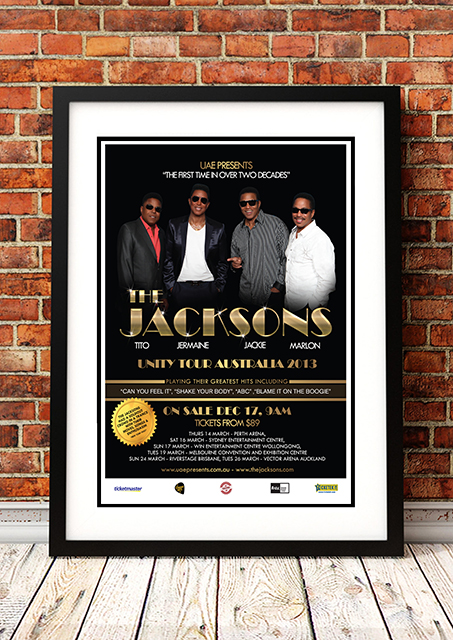