They enjoyed local notoriety and played at the 1974 Sunbury Festival in January. Later that year, Mushroom Records released a Various Artists live album, Highlights of Sunbury ’74 Part 1 which included the group’s tracks “Roll Over Beethoven” and “Buster Brown”.

Early in the year, Geordie Leach replaced Ryan on bass guitar. Along with Coloured Balls, Billy Thorpe, Madder Lake and Chain, they were supported by suburban-based sharpie gangs.

The band’s first single, “Buster Brown” was issued in July 1974 by Mushroom Records. Veteran rocker, Lobby Loyde (lead guitarist of Coloured Balls) produced their debut album, Something to Say which was also released in December but by the end of the year the group had split with Rudd joining an early version of AC/DC.

A second single, “Something to Say” was subsequently in January 1975. From April to June 1975 the line-up resumed as Anderson, Leach and Wilson with Dennis Millar on guitar and Trevor Young on drums (ex-Coloured Balls).

In July, Anderson formed a third version of the band with Ken Firth on bass guitar (ex-Tully), Billy Miller on guitar and vocals, Dave Springfield on guitar and drummer Dallas ‘Digger’ Royal (ex-Band of Talabene).

The group disbanded in November 1975, Anderson initially tried to form a band with Loyde. Firth, Miller and Springfield regrouped as The Ferrets.

According to Australian rock music historian Ian McFarlane, Buster Brown were “one of the most notorious street level/ boogie outfits of its day … [they] built up a solid following around the pubs, and among the skinheads on the suburban dance circuit”.

In 2005, Aztec Music remastered Something to Say on CD with six bonus tracks. 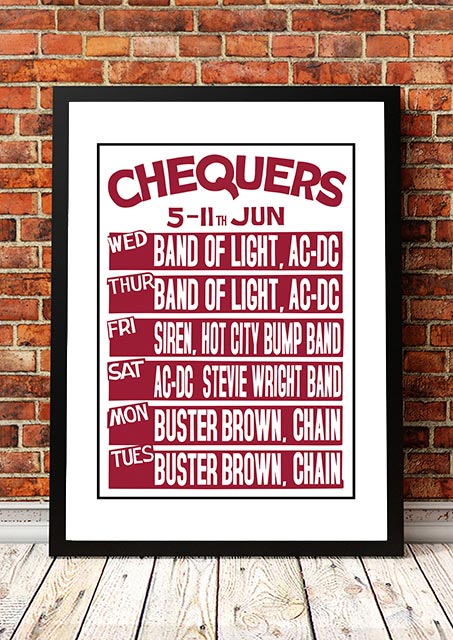