With their emo-punk songwriting, theatrical vocals, and neo-goth appearance, My Chemical Romancerose from the East Coast underground to the forefront of modern rock during the early 2000s.

In keeping with the tragic element of the group’s best-known singles — including “Helena,” “I’m Not OK (I Promise),” and “Welcome to the Black Parade” — My Chemical Romance has roots in catastrophe, as frontman Gerard Way decided to form the band after watching the World Trade Center collapse on September 11, 2001.

With their lineup in place, the bandmates began touring and making plans for an album.

We stock some awesome My Chemical Romance Band Concert Posters. 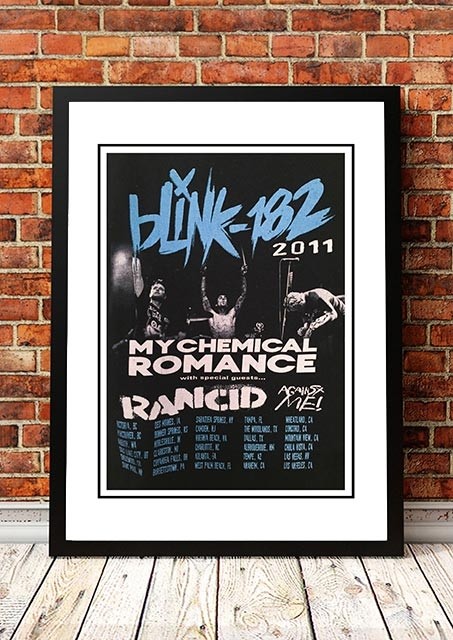