The group was considered one of the leaders of the thrash metal scene during the 1980s. Of the “Big Four” thrash metal bands (the others being Metallica, Megadeth and Slayer), Anthrax were the only band from the East Coast of USA.

As of April 2017, the band has released 11 studio albums, several other albums, and 26 singles, including collaborating on a single with American hip hop group Public Enemy.

According to Nielsen SoundScan, Anthrax sold 2.5 million records in the United States from 1991 to 2004, with worldwide sales of 10 million.

In fact they look like they could have come straight off the press from the original print run. Will look fantastic framed on your man cave, office, bar or living room wall. 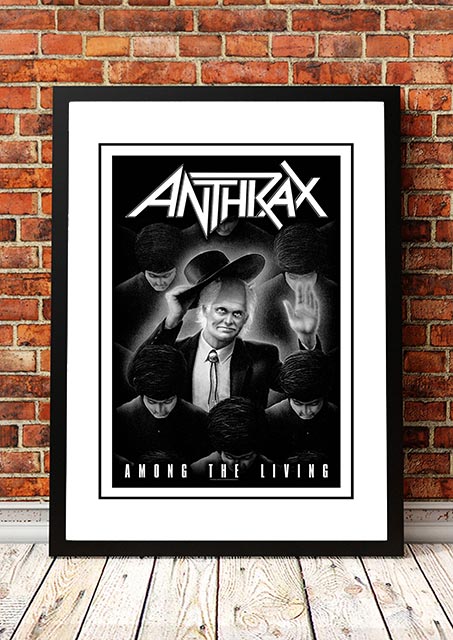 Anthrax ‘Among The Living’ In Store Poster 1987
Back To Top
×