Supertramp followed an unusual path to commercial success in the 1970s, fusing the stylistic ambition and instrumental dexterity of progressive rock with the wit and tuneful melodies of British pop, and the results made them one of the most popular British acts of the ’70s and ‘80s, topping the charts and filling arenas around the world at a time when their style of music was supposed to have fallen out of fashion.

Supertramp was formed in 1969 by pianist and vocalist Rick Davies. Davies had been a member of a group called the Joint, who had found a financial backer in Dutch millionaire Stanley August Miesegaes; Miesegaes had grown disenchanted with the Joint, but saw promise in Davies, and he offered to bankroll a new band if Davies wanted to launch a fresh project.

Davies initially dubbed the new band Daddy, but to avoid comparison with a number of other paternally named acts, he changed their billing to Supertramp, taking the name from a book by Welsh author William Henry Davies.

FREE SHIPPING ON ALL ITEMS WITHIN AUSTRALIA 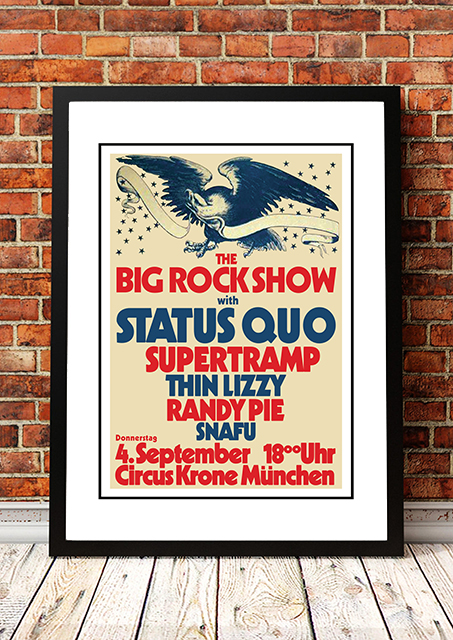