Duran Duran personified new wave for much of the mainstream audience. And for good reason.

Duran Duran’s reputation was built through music videos, which accentuated their fashion-model looks and glamorous sense of style.

Without music videos, it’s likely that their pop-funk — described by the group as the Sex Pistols-meet-Chic — would never have made them international pop stars.

While Duran Duran did have sharper pop sensibilities than their new romantic contemporaries like Spandau Ballet and Ultravox, none of their peers exploited MTV and music videos like the Birmingham-based quintet.

Each video the group made was distinctive, incorporating a number of cinematic styles to showcase the band as either part of the jet-setting elite (“Rio”) or as worldly adventurers (“Hungry Like the Wolf”).

While early videos like “Girls on Film” and “The Chauffeur” sparked controversy in England over their sexual content, their best-known clips were often based on hit contemporary movies.

“Hungry Like the Wolf” uncannily recalled Raiders of the Lost Ark, while “Union of the Snake” and “The Wild Boys” brought to mind The Road Warrior.

The clever videos helped make Duran Duran’s rise to popularity remarkably swift. Between 1982 and 1984, they rocketed from underground British post-punk sensations to teen idols. But their fall from grace was equally fast.

By the late ’80s, the group’s lineup had fragmented, and the remaining members had trouble landing hit singles.

Nevertheless, the group pulled off a surprising comeback in the early ’90s as a sophisticated soft rock quartet. 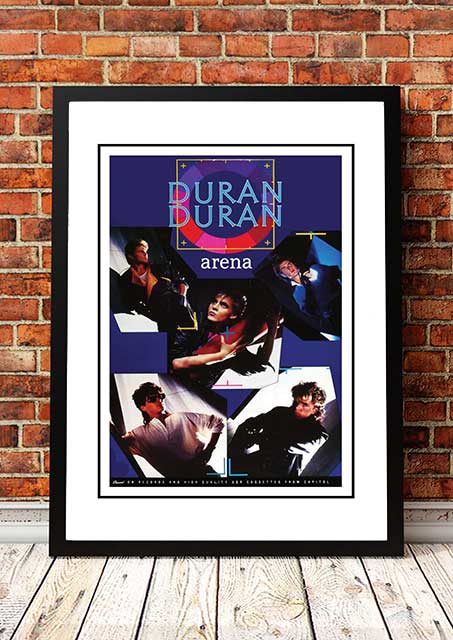