Veruca Salt reshaped the jagged, abrasive punk-pop of the Pixies and Breeders into a more accessible, riff-driven power pop formula that also borrowed from pop/hard rockers like Cheap Trick.

It was a successful formula, both musically and commercially, yet it didn’t ensure them indie rock credibility; in fact, they became one of the most harshly criticized bands of the post-Nirvana alternative rock era, despite being one of the first female-fronted outfits to achieve stardom in that genre.

Both were competent singers and guitarists, and a year’s worth of coffeehouse performances fueled their desire to recruit additional members for a full-fledged band.

While supporting Hole on their fall tour, Veruca Salt released the debut album American Thighs on the Minty Fresh label, yet they soon cut a major-label deal with Geffen, which then re-released the album. “Seether” became an MTV hit as well, and soon the single was an across-the-board success.

However, the group received scathing criticism from magazines and fanzines, claiming that Veruca Salt were nothing but ripoff artists who used Minty Fresh as a way to gain credibility.

Nevertheless, the group’s popularity didn’t suffer, and American Thighs went gold, even though their next two singles — “Number One Blind” and “All Hail Me” — didn’t attract half the attention that “Seether” commanded. 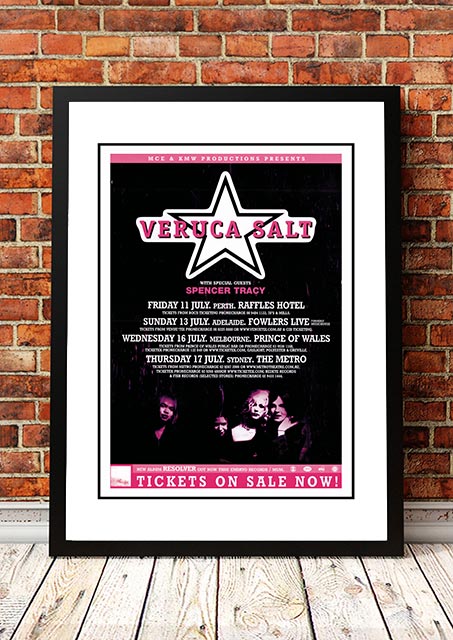