The Jam were the most popular band to emerge from the initial wave of British punk rock in 1977; along with the Sex Pistols, the Clash, and the Buzzcocks, the Jam had the most impact on pop music.

While they could barely get noticed in America, the trio became genuine superstars in Britain, with an impressive string of Top Ten singles in the late ’70s and early ’80s. The Jam could never have a hit in America because they were thoroughly and defiantly British.

Under the direction of guitarist/vocalist/songwriter Paul Weller, the trio spearheaded a revival of mid-’60s mod groups, in the style of the Who and the Small Faces.

Like the mod bands, the group dressed stylishly, worshipped American R&B, and played it loud and rough. By the time of the group’s third album, Weller‘s songwriting had grown substantially, as he was beginning to write social commentaries and pop songs in the vein of the Kinks.

Both his political songs and his romantic songs were steeped in British culture, filled with references and slang in the lyrics, as well as musical allusions. Furthermore, as the Jam grew more popular and musically accessible, Weller became more insistent and stubborn about his beliefs, supporting leftist causes and adhering to the pop aesthetics of ’60s British rock without ever succumbing to hippie values.

Paradoxically, that meant even when their music became more pop than punk, they never abandoned the punk values — if anything, Weller stuck to the strident independent ethics of 1977 more than any other punk band just by simply refusing to change.

We stock some awesome The Jam Band Concert Posters. 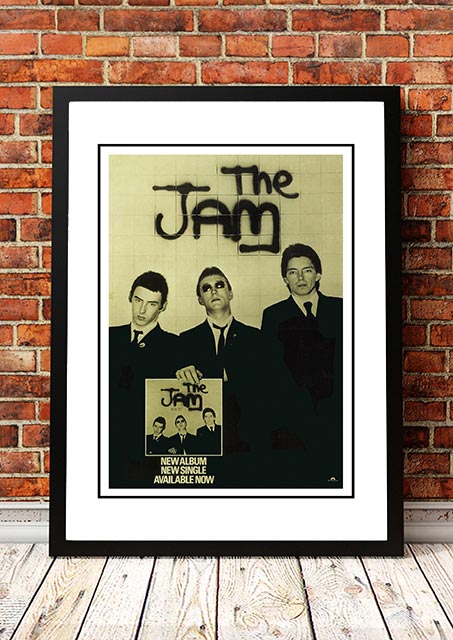