Due to their penchant for androgynous attire/makeup and raw, punky guitar riffs, Placebo have been described by some as a glam version of Nirvana.

The multinational band was formed by singer/guitarist Brian Molko (part Scottish and American descent, but raised in England) and Swedish bassist Stefan Olsdal.

Both members had previously attended the same school in Luxembourg, but they didn’t cross paths properly until 1994 in London, England.

Briefly called Ashtray Heart and influenced by the likes of Sonic Youth, the Pixies, the Smashing Pumpkins, and the aforementioned Nirvana, they began filling the vacant drum spot with percussionists like Robert Schultzberg and Steve Hewitt (the latter being the group’s only member of English origin).

Although Molko and Olsdal preferred Hewitt as their main man (it was this lineup that recorded several early demos), Hewitt opted to return to his other band at the time, Breed.

With Schultzberg back on board instead, Placebo signed a recording contract with Caroline Records and released a self-titled debut in 1996. The album was a surprise hit in the U.K., where singles like “Nancy Boy” and “Teenage Angst” became Top 40 hits.

Meanwhile, the bandmates themselves became the toast of the British music weeklies and supported their debut by opening for such outfits as the reunited Sex Pistols, U2, and Weezer. 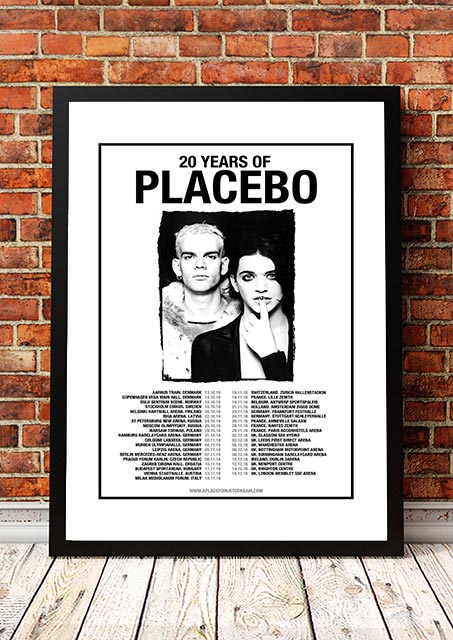