Flowers (now Icehouse) formed in 1977 and were initially known for their pub rock style.

They later achieved mainstream success playing new wave and synthpop music and attained Top 10 singles chart success in both Europe and the U.S.

The mainstay of both Flowers and Icehouse has been Iva Davies. The name Icehouse, which was adopted in 1981, comes from an old, cold flat Davies lived in and the strange building across the road populated by itinerant people.

We stock a great range of Flowers and Icehouse band concert posters. 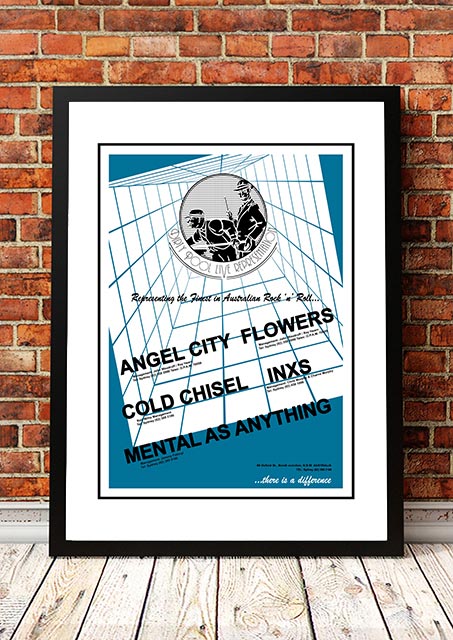