Skyhooks altered Australian music forever with the bold and in-your-face LP ‘Living in the 70’s’.

Many of the tracks were banned by radio stations because of very suggestive lyrics, but that did not stop it selling almost 250,000 copies.

Tragically, Shirley was killed in a helicopter crash in 2001. ‘Ego is not a Dirty Word’ is the title track of their second album, released in 1975, which almost equalled ‘Living in the 70’s’ in sales and popularity.

We stock a great range of Skyhooks band concert posters. 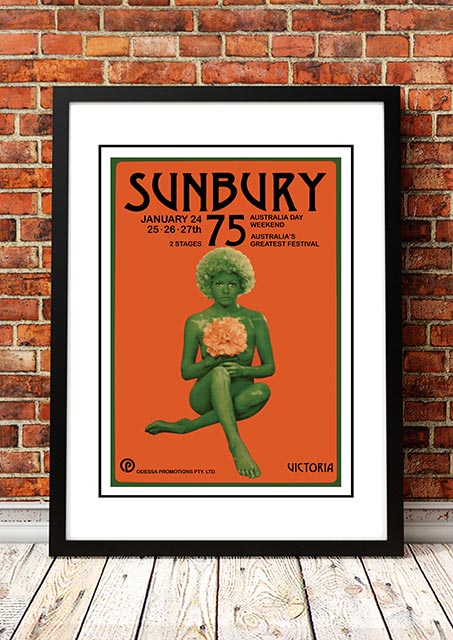