Few figures in American music in the 20th century can compare to Marvin Gaye. As a singer, he was without peer, possessing a silky voice that could sound either angelic or seductive or, on his biggest hit “I Heard It Through the Grapevine,” positively haunted.

As a songwriter, he was equally skilled at writing with an eye for the charts and mining the depths of his heart, a combination that created many of the enduring classics of his era: “Hitch Hike,” “Dancing in the Street,” “Pride and Joy,” “What’s Going On,” “Let’s Get It On,” “Got to Give It Up,” and “Sexual Healing.”

That list also shows how the entire history of postwar R&B can be seen through the career of Marvin Gaye.

He harnessed gospel and cabaret to create the exuberant uptown sound of Motown in the early ’60s, but he changed with his turbulent times, pushing pop-R&B into the realms of soul by the end of the decade.

As the 1970s dawned, Gaye grappled with social protest on What’s Going On, the 1971 album that found the singer/songwriter charting his own idiosyncratic course. From that point, Gaye delved into funk, blaxploitation, and disco, eventually settling into the smooth environs of quiet storm.

Throughout this period, Gaye battled personal demons, often creating powerful art through his struggles, but they caught up with him tragically in 1984, when he was murdered by his father.

Gaye’s legacy resonated over the decades. He was a touchstone for soul and pop music that was either sensual or political but his early death leaves hanging the question of what he could’ve achieved if he were alive.

During his two decades as a recording artist, he already accomplished more than most artists do in a lifetime. 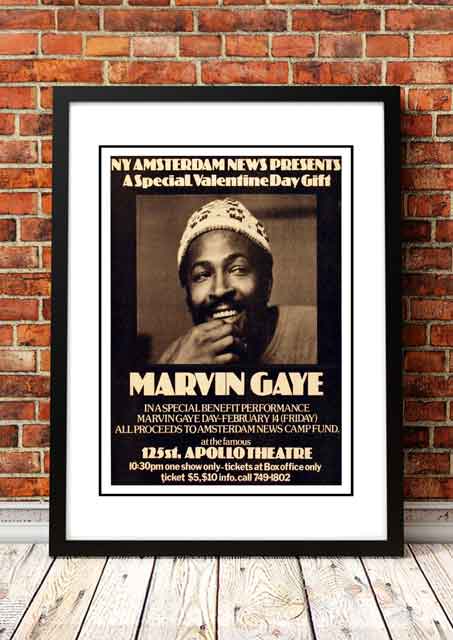