With his hit single “Ice Ice Baby” and its accompanying album, To the Extreme, Vanilla Ice became the second white rapper to top the charts.

Unlike the Beastie Boys, he didn’t have any street credibility, so the Miami-born rapper decided to invent some of his own, claiming he had a seriously violent gangster past.

Nevertheless, “Ice Ice Baby” became a number one hit late in 1990, thanks to the pulsating bass riff from David Bowie and Queen’s “Under Pressure.” To the Extreme also went to the top of the charts, spending 16 weeks at number one and selling over seven million copies.

Ice began filming a feature film, Cool as Ice, in the spring of 1990, but by the time the film came out in the fall, his star had fallen dramatically; To the Extreme was at number one longer than the soundtrack to Cool as Ice was even on the charts.

Sensing that his time had passed, Vanilla Ice took a couple years off, re-emerging in 1994 with Mind Blowin’. Dispensing with the pop-rap formula of his debut, the rapper adopted the lazy, rolling funk of Cypress Hill, as well as that trio’s obsession with pot.

The album was a commercial disaster, disappearing from sight immediately after its release. With 1998’s Hard to Swallow, Ice attempted to reinvent himself as a hardcore, gangsta-styled rapper; again the public wanted no part of it.

A similar attempt, 2001’s Bipolar, tried to reinvent him as both rapper and rocker, much to the public’s general disinterest. 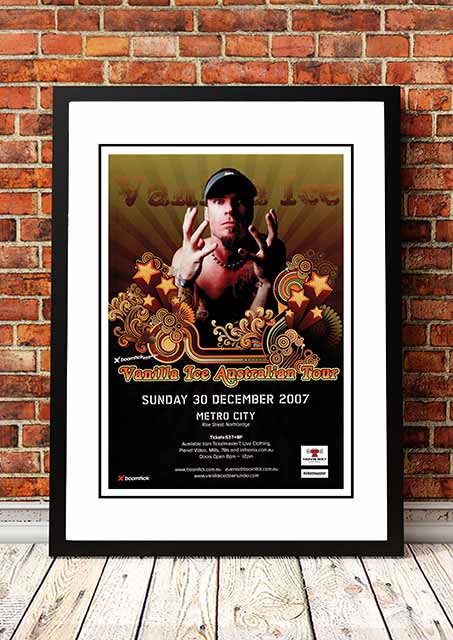