Boys originally formed by guitar playing siblings, Lino and Camillo Del Roio, whilst still at high school as the Rockhouse Corporation in 1977 and started out as a cover band playing mostly top 40 rock but then progressed into playing original songs.

“When You’re Lonely” was the first single released in August 1980, with the single going to No. 1 on the local charts and reaching No. 52 on the national singles charts.

In September 1980 the band appeared on Countdown. The Boys released two further singles, “Hurt Me Babe” in March 1981 and “Weoh Weoh Weoh” in September 1981, which reached No. 57 and No. 76 on the national charts.

The band released their self-titled debut in November 1981. In September 1982 they released, “Don’t Say No”, which was followed by their second album, Inside the Cage, in December 1982.

The band’s original singer for the first album, Brent Lucanus, was replaced by Wayne Green (Wayne Green and the Phantoms) on their second album.

A further single, “Lonely Dreamers”, was released in March 1983. The original band went through several line-up changes but brothers Camillo Del Roio and Lino Del Roio were constant members throughout.

The band split in 1983 but reformed in 1987 with Camillo and Lino on guitar, Eddie Parise on bass, drummer Frank Celenza, Tony Celiberti as keyboardist, and singer, Troy Newman (Extremists).

A year later the band changed their name to Boyschool but split soon after. 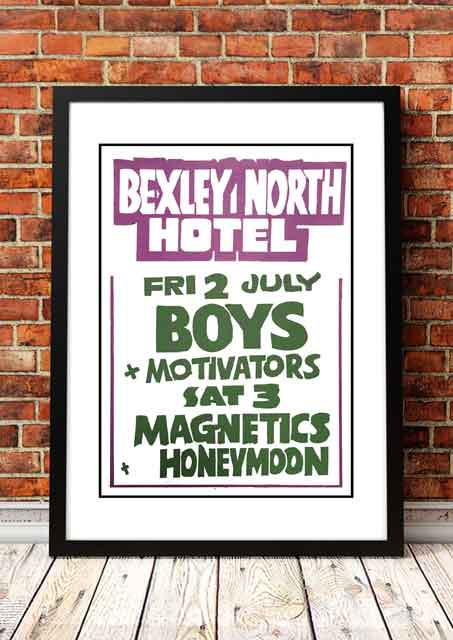