Slipknot’s mix of grinding, post-Korn alternative metal, Marilyn Manson-esque neo-shock rock, and rap-metal helped make them one of the most popular bands in the so-called nu-metal explosion of the late ’90s.

But even more helpful was their theatrical, attention-grabbing image: the band always performed in identical industrial jump suits and homemade Halloween masks, and added to its mysterious anonymity by adopting the numbers zero through eight as stage aliases.

Add to that a lyrical preoccupation with darkness and nihilism, and an affectionately insulting name for their fans (“Maggots”), and Slipknot’s blueprint for nu-metal success was set. 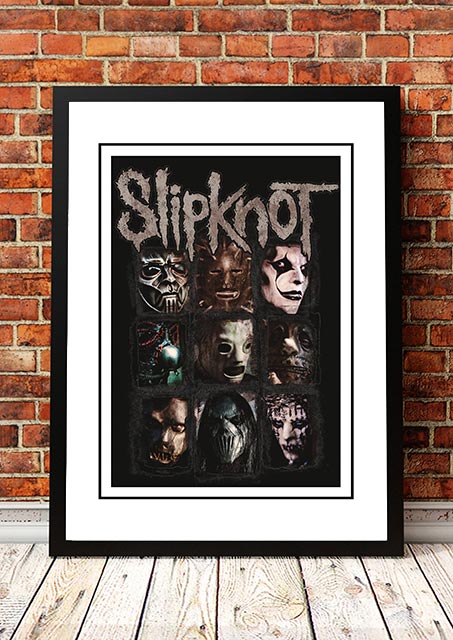 Slipknot ‘Art’ Poster
Back To Top
×