When the Ted Mulry Gang formed in 1972, Mulry was already a well-known pop balladeer.

After getting tired of being backed by different backing bands, in 1972 he switched from acoustic guitar to bass and formed his own band, “Ted Mulry Gang”, with guitarist Les Hall & drummer Herman Kovacs.

The band signed a recording deal with Albert Records in 1974 and released their first album “Here We Are”.

Guitarist Gary Dixon joined around this time to complete the foursome. With his own band behind him, he adopted a more hard-rockin’ style.

Their first major hit, and the biggest of their career was the 1975 single Jump In My Car which spent 5 weeks at number one on the Australian singles charts.

Over the next few years they achieved a string of hit singles including a rocked up version of the old jazz song, Darktown Strutter’s Ball, Crazy, Jamaica Rum and My Little Girl. Many of TMG’s songs, including Jump In My Car, were co-written with guitarist Les Hall.

By the early 1980s their chart success had ended but they remained popular performers on the Australian pub circuit throughout the decade.

In early 2001 Ted Mulry announced that he had been diagnosed with terminal brain cancer. A series of tribute concerts organised shortly before his death, Gimme Ted, brought together an assortment of Australian rock acts of his era to pay tribute to him.

These included a reunion of his band Ted Mulry Gang with his brother Steve Mulry standing in for him as lead vocalist. 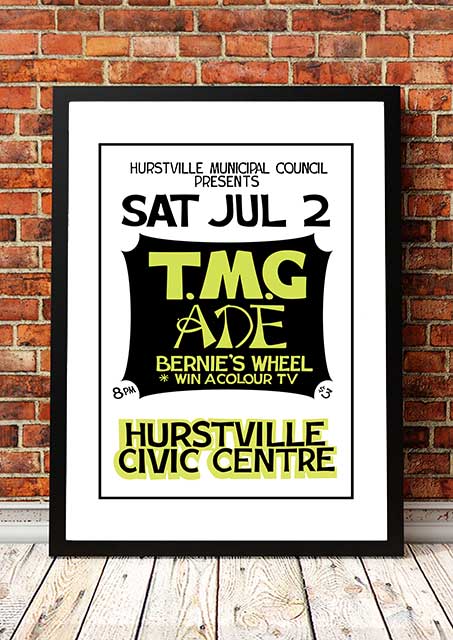