Concrete Blonde were an alternative rock band based in the United States.

They are best known for their 1990 album Bloodletting, their top 20 single “Joey”, and Johnette Napolitano’s distinctive vocal style.

We stock an awesome Concrete Blonde Concert Poster from their Australian Tour in 2010. 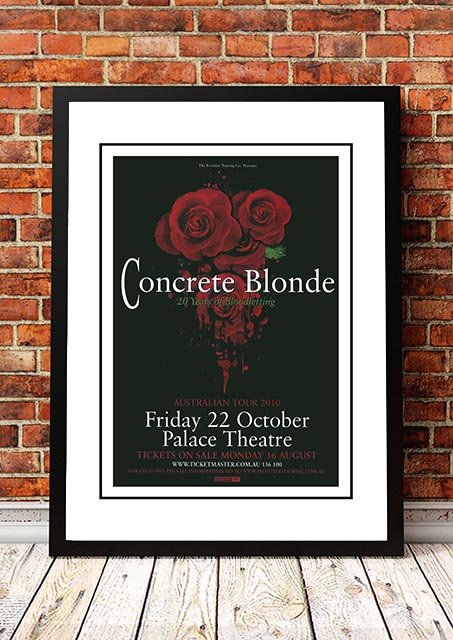