Kisschasy are an Australian rock band whose music varies from catchy pop to emo-tinged ballads to hard rock.

A fateful meeting took place between Darren Cordeux (vocals, guitar) and Joel Vanderuit (bass) in the crowd at the 2002 Warped Tour.

The two youths had both been tinkering with bands of their own, but inspired by the world-class music all around them, they decided to start fresh with a new band: Kisschasy.

Their first recordings were the 2004 EPs Darkside/Stay Awake and Cara Sposa, released on indie label Below Par Records.

Over the next two years, songwriter Cordeux worked on two albums’ worth of songs for their next release.

One set was made of country-tinged songs that he described as “Lemonheads-y,” with the rest being heavier rock numbers.

The band decided to go with the louder songs and released Hymns for the Nonbeliever in 2007.

The first single, “Opinions Won’t Keep You Warm at Night,” featured a popular film clip depicting George W. Bush and Tony Blair as teenagers on a date (with Blair as the girl), being followed and annoyed by Australian Prime Minister John Howard playing a little brother.

By the clip’s climax, Bush has abandoned his girlfriend for the arms of Vice President Dick Cheney. The song peaked at number ten on the ARIA Singles Charts. 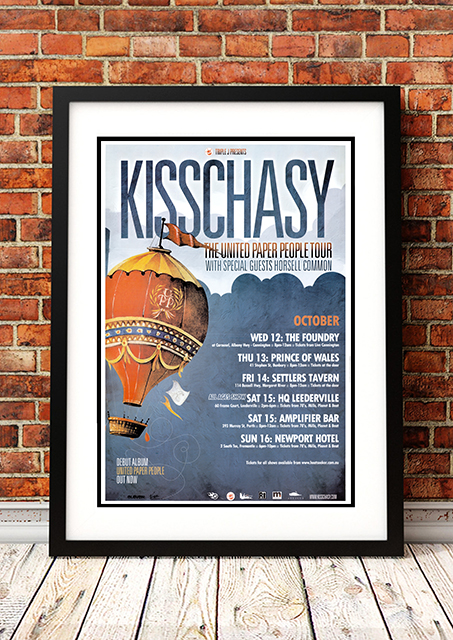