The Offspring’s metal-inflected punk became a popular sensation in 1994, selling over four million albums on an independent record label.

While the group’s credentials and approach follow the indie rock tradition of the ’80s, sonically the Offspring sound more like an edgy, hard-driving heavy metal band, with their precise, pulsing power chords and Dexter Holland’s flat vocals.

Four years later, their second album, Ignition, became an underground hit, setting the stage for the across-the-board success of 1994’s Smash. The Nirvana sound-alike “Come Out and Play,” the first single from the album, became an MTV hit in the summer of 1994, which paved the way to radio success.

We stock some awesome The Offspring Band Concert Posters. 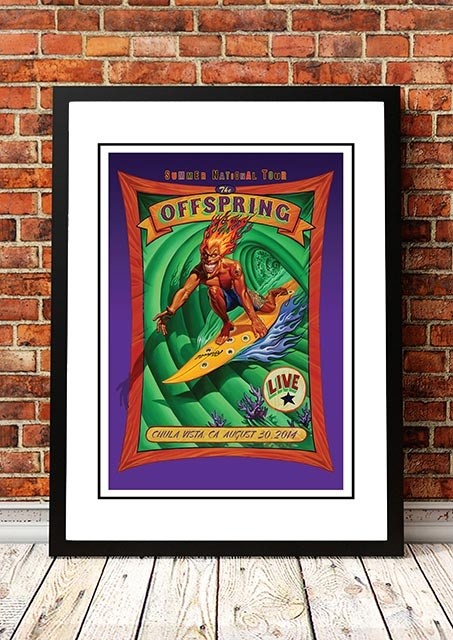 The Offspring ‘Chula Vista’ California, USA 2014
Back To Top
×