Foo Fighters formed in 1994 founded by Nirvana drummer Dave Grohl as a one-man project following the death of Kurt Cobain and the resulting dissolution of his previous band.

The group got its name from the UFOs and various aerial phenomena that were reported by Allied aircraft pilots in World War II, which were known collectively as foo fighters.

Over the course of the band’s career, four of its albums have won Grammy Awards for Best Rock Album. As of 2015 the band’s eight albums have sold 12 million copies in the U.S. alone.

We stock a couple of awesome Foo Fighters Concert Posters. 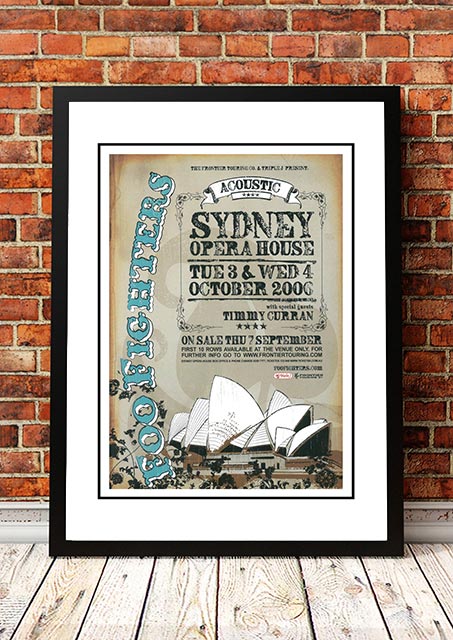